If anyone out there has an idea for a book that might fit the remit of the Routledge Research in Place, Space, and Politics Series, then do have a look at the instructions for submitting a proposal, or get in touch with me if you prefer. To get a feel for the range of issues and approaches covered in the Series, you can find a list of all the titles published so far here. And here is a reminder of the aims of the Series:

“The Routledge Research in Place, Space and Politics Series offers a forum for original and innovative research that explores the changing geographies of political life. It seeks to draw into focus emerging interdisciplinary conversations about the spaces through which power is exercised, legitimized and contested. Titles within the series range from empirical investigations to theoretical engagements, and authors include scholars working in overlapping fields including political geography, political theory, development studies, political sociology, international relations and urban politics. The series seeks to engage with a series of key debates about innovative political forms, including topics such as transnational mobilization, global justice movements, global governance, the right to the city, the commons, new public spaces, cosmopolitanism, the digitalization of governance and contention, material politics, new localisms, and policy mobilities; and to address key concepts of political analysis such as scale, territory and public space. This series provides a forum for cutting edge research and new theoretical perspectives that reflect the wealth of research currently being undertaken around new forms of spatial politics.” 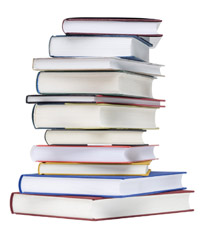 Even more things to read at the start of the year! There is a flurry of new titles for 2017 now available in the Research in Place, Space and Politics Series published by Routledge – all sorts of things, from the interface between architectural theory and social science theories of space, to governing people’s brains, popular geopolitics in the post-Soviet world, political street are in Latin American to the radical potentials of squatting movements all over the place. I’m going to post separately for each of the new titles. If I may say so myself, the Series is developing as a nice window into the inter/multi/post-disciplinary scope of conversations focussed on issues of ‘space’, ‘place’, ‘spatiality’, ‘territory’ and the like. And there are more titles to come soon.

If you are interested in publishing in the Series,  here is further information about submitting proposals to the Series.