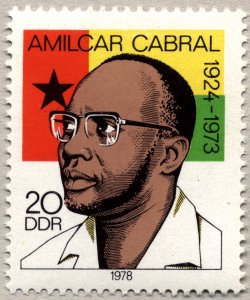 I find myself in Durban, where it’s hot and sticky in ways that I had forgotten. I am here to take part in the Southern African City Studies conference, which I am really looking forward to. I’m ere too to start (preliminary) work, in earnest, on the project that Sophie Oldfield and I are collaborating exploring the changing imperatives of South African urban thought.

This is my first trip to Durban for 10 years, having spent quite a lot of time here in the early and mid-2000s. In the meantime, we’ve had babies, lost parents, got new jobs, moved house, moved town, and kept the cat alive. So far, after about 7 hours here, it seems very familiar and yet subtly different. Or, in some ways, not so subtly different. This is also the first time I have been to Durban, or eThekwini, it’s rather lovely Zulu name, since the controversial programme of renaming lots of the city’s roads, overseen by the former City Manager and geographer Mike Sutcliffe, in which (some) road-names with Anglo or colonial or apartheid associations were replaced with names honouring heroes and heroines of ‘the struggle’. And it’s not just South Africans who are so honoured – I am staying just around the corner from Amilcar Cabral Road. You turn a corner around here, and there is a reminder – no, literally, a sign – of an important anti-colonial thinker or Pan-African activist. It’s like browsing the spines of a vast bookshelf diffused across the street plan of the city: it could be the basis of a great field-world exercise.

I have been meaning to congratulate Sophie Oldfield, of Geography at the University of Cape Town and the African Centre for Cities, who has been awarded British Academy Newton Advanced Fellowship. The fellowship involves a collaboration between UK and non-UK universities, in this case between Sophie at UCT and me at Exeter. The project, South African Urban Imperatives Past, Present and Future: Theory Building with Knowledge Beyond the University, has various strands, with an over-arching focus on  exploring the changing notions of commitment and engagement in urban scholarship in South African over the last 40 years or so. It’s very much a development of Sophie’s challenging research work on the difficult politics of engagement between academy and activism. I’m really looking forward to working together with Sophie on the various aspects of this project over the next couple of years.

Here is the abstract for the overall project:

“The Fellowship starts from the premise that urban scholarship has been central to defining the strategic possibilities of political change and socio-economic development in South Africa for 40 years, either side of the transition from apartheid to democracy. The Fellowship focuses on the distinctive imperatives of engagement that shape South African urban scholarship. These include practices of activism, consultancy, forms of co-production, and more conventional forms of academic expertise and critique. The Fellowship will focus on the reorientation of urban social science in post-apartheid South Africa, in light of changing societal imperatives of development, reconciliation, and transformation. In so doing, it will draw into view the ways in which academic knowledge articulates diverse forms of non-academic knowledge that express diverse interests and needs.”

At the Society and Space webpage, a series of research papers on aspects of post-apartheid South Africa, taken from the various Environment and Planning journals (well, A, C, and D), have been collected as a Virtual Theme issue – these will be available open access for three months. Antipode have a similar Spotlight on South Africa section.