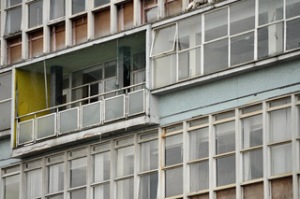 That’s the front page story in today’s Adver, Swindon’s local paper. It’s a wonderful example of badly written local journalism, trying to suggest an element of controversy where there isn’t any. The story refers to an award by the made by ‘the Swindon-based’ ESRC to Phil Hubbard and Rachela Colosi, to study the impact of ‘sex entertainment’ (i.e. lap dancing clubs) on local communities. The hook for the story is a claim that this is a waste of money (although the project seems to have quite ‘respectable’ objectives, of course).

In principle, of course, every single research award made by RCUK could count as a local story, in so far as they are all made by ‘Swindon-based’ organisations. Every so often, one of these sorts of stories does crop up in the Adver. Not the sort of ‘impact’ one suspects the ESRC is primarly seeking to generate. Swindon actually has a long history of trying and failing to establish a University presence of some sort, which is still seen as a key element in future local economic development strategy. There are not enough ‘boffins’ actually living here, it seems.

And what else makes this a ‘local’ story? Might have something to do with the fact that Swindon seems to have a thriving ‘Gentlemen’s Club’ sector all of its own. At least two, in fact, one of which has opened since we have been here, bucking the downward economic trend in the midst of recession. And in fact, I think the imaginary geography of nighttime Swindon  would stand as a good case study for the project reported in today’s paper – there is a clear divide between the town centre and ‘Old Town’ as nightlife destinations, based on age certainly, class too – the latter area has seen three or four Bars and Gastro Pubs open in the last two years as it consolidates it’s reputation as the ‘safe’ and ‘nice’ part of town to go out in.

So I’m told. I haven’t had a night out in ages.