In the early 1990s, when I was a graduate student, my parents would sometimes visit and we’d go to lunch, mostly on Sundays. On more than one occasion, we found ourselves in the same restaurant as a much larger family party: kids, parents, and grandparents, one of whom, it turned out, was Harold Wilson.

I have remembered these passing encounters because I have been going through more family stuff, most of which is material from the time my parents spent overseas in the early part of their marriage, from 1958 to 1965. I have been piecing together the precise timeline of their movements, and those of my sisters born back then – I’ve always known they lived in Rhodesia, after Cyprus, were out of Rhodesia before UDI, and in Zambia for a bit, then came back to the UK, but the precise timings have all been a bit vague. Now, with an archive of my mother’s scrapbooks from this period, 100s of photos, cinefilms, their passports, a couple of their books (Ian Smith’s autobiography; the 1000 page history of the Rhodesian Air Force, 1920 – 1980….), plus a bit of googling, it’s becoming a little clearer.

My father went to Rhodesia in 1959 (closely followed by my mother), when the British delivered the first of 15 Canberra bombers to the Royal Rhodesian Air Force (RRAF), then the air force of the Central African Federation. He had transferred his RAF commission to the RRAF, signing up for a ten year stint (the precise motivations behind this decision, how the two of them negotiated this barely a year or so into their marriage, is well and truly lost to the mists of time). But the Central African Federation (CAF) was already in crisis at this point. Pressures for independence for Northern Rhodesia and Nyasaland were generating the counter-movement that would lead eventually to the Rhodesia Front regime in Southern Rhodesia declaring independence unilaterally to forestall any further moves to black majority rule, or indeed anything even approaching it. Founded in 1953, considered by its supporters as a noble experiment, the CAF was described by Kenneth Kaunda in Zambia Shall be Free simply as ‘ugly’ – suspected from its foundation by African nationalists as an effort to effectively gerrymander the region to guarantee continued authority for Southern Rhodesia’s white minority.

When the CAF was formally dissolved in 1963, serving members in the RRAF were given various options, laid out in a pamphlet kept in one of my mum’s scrapbooks: ‘Dissolution of the Federation of Rhodesia and Nyasaland: Royal Rhodesian Air Force – Options Available to Officers and European Members’. Some stayed with the RRAF in Southern Rhodesia; others, including my old man, transferred back into the RAF, but in his case on condition of serving a two-year secondment with the soon to be Zambian Air Force, initially the Northern Rhodesian Air Wing (it being clearly underlined in the paperwork, otherwise focussing on pension issues, that this meant transferring to a military service where “all units must be non-racial in character”). So, my parents lived in Zambia for two years, either side of independence, and came home with both sisters at the end of 1965 (the tickets and boarding passes for the trip home are amongst the souvenirs my mother kept – flying with Central African Airways, it involved flying from Livingstone to Lusaka, onto Ndola, then to Nairobi, and then finally to London. She also kept a set of the in-flight cutlery, of which only a small fork remains). 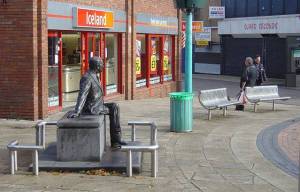 I have not really considered before just how intense a period of geopolitical tension they lived through – it didn’t seem to be an aspect of their own recollections of this period. When talked about, their time in Rhodesia and in Livingstone was mentioned in terms of seemingly endless tennis, and regular brais, two Alsatians. But air power was pretty central to the crisis around the CAF, Rhodesia, and UDI throughout the 1950s and 1960s – white Rhodesian identity centred on notions of being ‘the most loyal of the loyal’ in their service to the Crown, primarily enacted and re-enacted through the close links between the RAF and Rhodesia, back to the second world war at least, and the Rhodesian air force was thoroughly integrated into post-war British imperial and then Commonwealth defence strategy – that’s why they were flogged the Canberras in the first place. And in turn, this meant that ‘the winds of change’ set in motion by changing British colonial policy in the early 1960s ran straight into the very significant obstacle of white-Rhodesian air power. In the deal done to dissolve the Federation, in 1963, under a Tory British government, the Southern Rhodesians got all the good planes – the ones which could do all the damage – as the same pamphlet explains: they got Hunters, Vampires, Canberras, and helicopters, amongst other things.  The Zambians had to settle for a handful of ageing transport planes: 4 Dakotas and 2 Pembrokes. Oh, and my dad, and some of his mates. This arrangement (not the bit about my dad, the bit about the planes) caused consternation amongst black African nations at the time – it’s at this moment that Zambia effectively becomes a ‘frontline’ state.

Smith, in The Great Betrayal, describes this allocation in the following way: “It had been accepted before the conference [in July 1963 where it was agreed to dissolve the CAF] that the armed forces would come to Southern Rhodesia en bloc. This was vital to us because both army and air force were highly efficient, and constituted the most proficient fighting force in sub-Saharan Africa, other than South Africa’s. The British had made it clear that they did not wich any of this to fall into the hands of the two Northern territories”.

On the other hand, this division is seen rather differently from a Zambian perspective:

“Zambia’s treatment at independence in the case of the two Rhodesias may probably go down as one of the greatest injustices ever to occur in the sharing of goods and services between states previously in a federal system of government. This was particularly evident in the sharing of the military arsenal between the two Rhodesias. Northern Rhodesia was the richest territory in the federation, despite the federation’s capital being in Southern Rhodesia. One would therefore have expected the sharing to have been in favour of the highest contributor to the purchase of that equipment—or, at the least, an equitable distribution. This was not to be. Southern Rhodesia received the lion’s share, leaving the new state of Zambia with some old and out-of-service aircraft four DC-3 Dakotas and two Pembrokes) and little of anything else. In addition, the new state of Zambia did not have its own indigenous officer corps—all officers were from the British Army and the British Royal Air Force, or from the ‘white’ settler communities from both Southern and Northern Rhodesias (now Zimbabwe and Zambia respectively) who had decided to cast their lot with Salisbury—another distinction for Southern Rhodesia.”

This is all well enough known, and part of the standard story about the lead-up to UDI is the idea that in 1964 and 1965, under Wilson’s newly elected Labour government, the British did not go down the route of military intervention because of the strength of the Rhodesian military, particularly it’s air force, and also because of the close personal and professional ties between the British and Rhodesian military meant that the government could not depend on the loyalty of the RAF or Army. It’s a line, for example, repeated by Denis Healy in his autobiography. 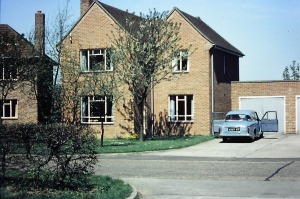 So now, you see, I’m suddenly struck by the odd idea that Harold Wilson once sat around strategizing about how to deal with Ian Smith by making judgements about the loyalty of men like my dad – by this time, 1964-5, serving again in the RAF, on secondment to the Zambian Air Force, having spent 4 years in the RRAF.

Now, it turns out that this line about the problem of getting the British military to engage in hostilities with their white Rhodesian ‘kith and kin’ might not have been quite so central to Wilson’s decision-making and that of his government as is often made out – it might have been a convenient excuse: “the British government rejected the option of using force because it was engaged in a desperate struggle to limit its military liabilities for economic reasons […] but publicly it was prudent to argue that the use of force was neither militarily feasible, nor desirable because of popular sympathy for Rhodesian ‘kith and kin'” (Watts, C. 2005: Killing kith and kin: the viability of British military intervention in Rhodesia, 1964-5. Twentieth-Century British History 16, 382-415).

(By the way, another thing I have not done before is actually read Rhodesia’s Unilateral Declaration of Independence – it’s reproduced in Smith’s book. It’s a most remarkable political document – it’s like a long whinge from a recalcitrant child, a geopolitical version of taking one’s ball home because the bigger kids wouldn’t let you have your way).

I now realise how, whatever their motivations, my parents had gone to Rhodesia for more than the few years they ended up staying, 5 or 6, but had intended at least to be there for 10 – their coming home, having enjoyed being part of the final colonial generation, and an event that shaped much of the subsequent emotional ‘shape’ of my family’s life as I have known it, was both premature and forced on them. Bill Schwarz has written about how the memory of empire was critical to the ways in which British domestic politics unfolded in 1960s through to the 1980s, focussing on the central role of Enoch Powell’s  ‘proconsular social vision’ in articulating a racialised vision of order and disorder that had been most clearly developed ‘overseas’, and not least in places like Rhodesia before and after the dissolution of the CAF. Well my parents were hardly ‘proconsular’, but they certainly bought back home not just a memory of an orderly world but one which was experienced as upward social mobility, comfort and the good life of a sort that returning to married quarters in provincial England might not have immediately substituted for. My mother stopped scrapbooking when they got back to England – the very last thing pasted in is the paperwork allocating them their married quarter at RAF Honington, in December 1965.

There is a distinctly Rhodesian variant of what J.M. Coetzee has called ‘white writing’, in books by writers such as Alexandra Fuller and Peter Godwin, recounting the pleasures and losses of growing up in Rhodesia in the 1960s and 1970s. My mother read these books, but this was not quite the period of her own experience. I should admit too that I gave her Smith’s autobiography, with some reservations of principle, and I think she finally worked out that he really was ‘a nasty piece of work’.

None of this ever came up when we sat across the room from Wilson, just a few years before his death, in a restaurant in Oxford.