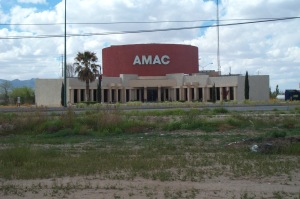 I have just read a little book, an essay really, by the Mexican writer Sergio González Rodríguez, The Femicide Machine. He is one of a number of writers and journalists who have campaigned for justice for the hundreds of women murdered in Ciudad Juárez over the last two decades, or more. This is a subject that the geographer Melissa Wright has written extensively about, for example. Rodríguez’s book does not provide a load of background to this phenomenon – others, like Charles Bowden and Diana Washington Valdez do that – but it does provide a lite-touch theoretical contextualisation of what at first appears to be an almost incomprehensible level of misogynistic violence, and in particular, of the almost systematic failure of Mexican authorities to address the murders effectively. The language is Deleuzian, providing a sense in which ‘the femicide machine’ thrives in the spaces opened up by the concatenation between ‘the war machine’ (Mexico’s enrollment in ‘the war on drugs’) and ‘the criminal machine’, all in the context of the longer history of maquiladora-based industrial and urban development in northern Mexico (I think he might miss a theoretical trick by not connecting ‘assembly’-based manufacturing with ‘assemblages’, but that might not be the main point of the book). This is the ‘trasnlineal’ space of the US/Mexico ‘transborder’ zone, a space which  Rodríguez characterises by quoting Cormac McCarthy’s line that it is here that ‘the probability of the actual is absolute’. 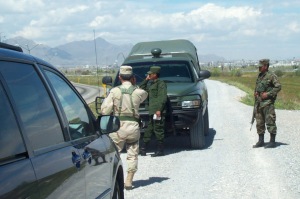 I’m interested in this issue because 7 years ago now (7 years? Where did they go?), I was involved with some filming for an OU course which used the campaigns against femicide in Juárez as a case study for teaching students about the geographies of global responsibility. This was actually before things got really bad, since 2006, with the ratcheting up of militarised anti-drug trafficking on both sides of the border. It was at the time that Amnesty, the UN, Eve Ensler, and others were actively making the Juárez murders into an international issue – this is the issue that we focussed on (along with other issues, such as control of water along the border, the movements of people over the border, and work in the maquiladora – it’s not too late to sign up for the course). It was both a fascinating experience, and at times a very uncomfortable one, not least interviewing women involved in the femicide campaigns; and being detained by the Mexican army, for wandering across the Rio Grande (there was no water in it at the time; technically, we were trying to get into the USA, the U.S. Border Patrol just told us to go back, the Army weren’t pleased).

Actually, I think the most important part of Rodríguez’s book is not the analysis, interesting as it is, so much as the Epilogue, titled ‘Instructions for Taking Textual Photographs’. This consists of a ‘photographic mise-en-scene’ in which he narrates, in the first person voice of one mother, the circumstances surrounding the abduction, murder, and (non-)investigation of her daughter. The narrative here reaffirms the line of the preceding chapters, about how the perpetrators are known and hide in plain sight. This is followed by 20 pages of ‘photographs’; only, there are no photographs – just the captions, a line or a few sentences each, re-iterating the ‘scenes’ from the first person narrative, including ‘photos’ incriminating the perpetrators. It’s an interesting device with which to raise the question about the politics of representation of femicide and it’s victims, certainly. But by presenting the ‘photos’ (which presumably are both real and imagined, judging from their listed content) in this way, he is making the same point about the degree to which the real mystery here is not ‘who did it’ but why so little has been done to address the murders and the demands of victims’ families. The captions indicate the ‘truth’ of the case, the absence of the photos stand as a kind of accusation about a culture of institutionalised impunity – the book is, after all, a manifesto, an intervention.

Either that, or Semiotext(e) just can’t afford to reproduce photos in their books.