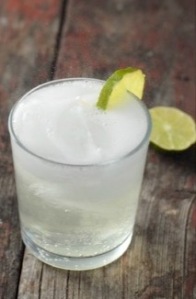 Nick Mahony and I have a new paper published in Policy and Politics, on their ‘fast track’ page, entitled Marketing practices and the reconfiguration of public action. The paper draws on a project for the NCCPE and ESRC that Nick and I worked on a while back when were both at the OU, on the use of segmentation methods in the public sector, charities, and campaign sectors. This paper seeks to open up some interpretative space for exploring what is going on when marketing practices get used in non-commercial sectors, without presuming in advance that what is going on is something to be called ‘neoliberalism’. It is a light-touch elaboration of some ideas about problematization developed in different ways in my piece on that topic at nonsite.org as well as a forthcoming Article Forum on ‘security’ in Dialogues in Human Geography.

Here is the abstract of the Policy and Politics piece:

“Market segmentation methodologies are increasingly used in public policy, arts and culture management and third sector campaigning. Rather than presume that this is an index of creeping neoliberalisation, we track the shared and contested understandings of the public benefits of using segmentation methods. Segmentation methods are used to generate stable images of individual and group attitudes and motivations, and these images are used to inform strategies that seek to either change these dispositions or to mobilise them in new directions. Different segments of the population are identified as bearing particular responsibilities for public action on different issues.”

My penultimate contribution to OU teaching is now online, at the OU’s OpenLearn site – Social Science and Participation is the open-access unit drawn from The Uses of Social Science module that was launched last year (it’s open, and it’s online, but it’s not really a course as such, since the assessment elements are not included, and it may or may not turn out to massive – so, it’s not a MOOC, obviously, more like a MOO, or an OO?). The unit tells some stories about how social science investigates people’s participation in various activities; how people actually participate in social science; and how ideas about participation have been important for how social scientists have contributed to public debates about poverty, including a film on this topic.

This unit has some overlaps with another OpenLearn resource, curated by Nick Mahony and Hilde Stephanson, Participation Now – which seeks to trace all sorts of new forms of public action.

A couple of weekends ago, amongst other important responsibilities, I managed to set-up a smart-meter to track our domestic electricity usage (it took 3 minutes). It’s basically a guilt-inducing-monitor, designed to show you just how much energy is used up by keeping the computer on all day and not turning the landing light off at night, how much this costs you, and how much CO2 is emitted by so doing.

There is plenty of academic work on this sort of domestic technology, one that sits of the cusp of a shift in the rationalities of ‘sustainability’ initiatives as they move from a focus on information provision to embedding devices in everyday life which encourage or provoke people to reflect on their practices.

I have been thinking about this sort of initiative, and specifically about to think about it genealogically, a lot recently – partly because I have been working on a research report about the use of market segmentation tools in the planning and design of public engagement initiatives across the public, voluntary, charity and campaigning sector. There is an interesting relationship between social science methods and social science theory in these sorts of fields. On the one hand, there is a heavy reliance on technologies of enumerating and data gathering and data mining, to identify aggregate patterns of behaviour. For example, segmentation methods normally use forms of statistical cluster analysis. This is one example of the process that has been dubbed ‘the social life of methods’ – the ways in which changes in the practices and processes of generating information, often led by non-academic actors, reconfigures understandings of social processes. On the other hand, this statistical aggregation of ‘the social’ is associated with the proliferation of various ‘causal’ narratives, drawn variously from cognitive and experimental psychology, behavioural economics, neuroscience, or evolutionary biology. It’s also part of the rise of certain sorts of public social science, the ‘freakonomics’ or ‘black swan’ genre.

What is interesting about the segmentation example is that the relationship between the method (e.g. cluster analysis) and the theory (increasingly some variety of psychology of human motivations) is almost entirely contingent: cluster analysis is a purely descriptive method for identifying structures and patterns in data, without any explanatory power. The patterns are generated by the starting assumptions about variables plugged into the method at the start.

There is, in short, something chronically inductive about the styles of reasoning involved in this sort of policy area, which depend on weak inferences bolstered by generalised claims drawn from other fields of equally empiricist, inductive ‘experimental’ science.

Anyway, back to the problem of how to theorise all this – the rise of styles of behavioural or strongly psychologized forms of policy discourse. There is a sort of default governmentality approach which would lead one to interpret all this as an example of the governing of new subjects – anxious, neurotic, vulnerable, susceptible ones. Segmentation models are certainly used to design communications strategies, marketing campaigns, and the public facing activities of organisations in commercial and non-commercial fields.

But I wonder how far this doesn’t mislead us into giving too much credence to the models of personality, motivation, or emotion they ascribe to ordinary people. The explanatory theories that float around the calculative technologies of behaviour change governance, for example, might tell us a lot more about the professional fields charged with intervening to address, for example, obesity, or pro-environmental behaviour, than they do about the subjects of such initiatives – they might tell us more about the subjectivities operative of professional fields. The strictly statistical correlations generated by data-heavy technologies don’t really provide a feel for what works, what moves people, that is necessary to be able to act effectively in, for example, urban planning and design, or arts marketing, or transport planning. Some model of the causal qualities of persons, environments, contexts, mediums, is necessary to operate in these different fields – not necessarily the same model of course: it is the combination of the availability of data with the causal narratives of, for example, human motivation or ‘animal spirits’ that renders certain fields of activity amenable to ‘interventions’ of different sorts.

So, if there is an issue in these sorts of initiatives around understanding the configuration of subjects – it might well be the subjects of various professional modes of expertise that are the place to start. I gave up looking at the electricity monitor after about two minutes; it sat on the sideboard for a further week; now I have unplugged it, to save energy.