Picked this up via Begum Basdas – report on what Judith Butler did and didn’t say when in Istanbul.

The protests associated with Occupy Wall Street are already generating some interesting more-or-less theoretical reflection and analysis – from Judith Butler, McKenzie Wark, and Naomi Klein for example. Oh, and also lots of first hand accounts of course, including one from the lovely Mark Ruffalo. 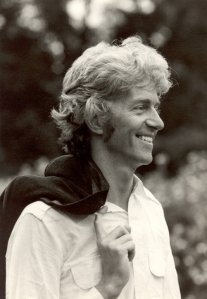 From Political Theory, news that Derek Parfit’s On What Matters, a two-volume work, has now been published. It is already being hailed as the most important work of moral philosophy since the 1870s. This is hardcore stuff, dealing with the fundamental issues of reason, rationality, and normativity.

Parfit’s classic Reasons and Persons is, I think, the most difficult thing I have ever read, or even tried to read. Back in the day, sceptics used to complain that French theory was willfully difficult compared to the clarity of ‘proper’ English language philosophy. I have always found this a bit disingenuous – it’s easy to read Continental Philosophy if you ‘grew up’ with it, as it were. And the sparse prose style of English-language ‘analytical’ style philosophy is its own sort of esotericism, especially once it’s couched within a broader frame of reference in which what’s at stake is often presumed in advance rather than explicitly signalled (the lack of referencing in this style of work is really an indication that it’s not trying to help the reader learn, unless they are already in the know; compare that to Derrida, who in his classic works actually just includes large extracts of Saussure, or Rousseau, so you get shown what it is they are saying that he is commenting upon – much friendlier, much better pedagogy).

I think the reason that a book like Parfit’s was so difficult was not intrinsic to it, of course, but because of my lack of feel for the context, the practice, of this sort of philosophical writing (the practice from within which one would be able to grasp not so much why this style of analysis matters, but what the point of it is meant to be). I actually think Reasons and Persons is fascinating – interesting stuff about the importance of thinking temporally rather than ‘spatially’ about the self, for example; its’ ‘atheism’ is clearly meant to be scandalous in a certain way. But it’s not part of a world that I inhabit – reading this sort of thing is like a hobby, in so far as it doesn’t really relate to the fields of work in which I am able to pass.

It’s also true, of course, that this style of philosophy is much more self-enclosed than ‘continental’ work – there is not really the same sort of secondary literature on a writer like Parfit which one finds on Foucault, or Derrida, or Deleuze (only very recently have publishers like Polity begun to publish critical introductions to thinkers like Cavell, Bernard Williams, Dummett, and the like). ‘Continental’ philosophy has always circulated, on the other hand, in translation – I don’t mean only, or even primarily, in terms of translations from one language to another – but in terms of the simultaneous circulation of the ‘original’ text (in translation) and a literature of both exegesis and critical commentary – Derrida-with-Culler, Derrida-with-Norris; Foucault via Edward Said; Foucault included in Dreyfus and Rabinow; Habermas via Held, or Giddens; Irigaray or Cixous or Kristeva via Toril Moi; pretty much everyone via Literary Theory. And so on.

If one were a card-carrying Foucauldian of a certain vintage, one might even suggest that these different styles of philosophical writing are defined by the very distinctive ‘author-effects’ through which key texts are disseminated and/or contained. It’s standard enough to observe that ‘Theory’ grew and developed through cultures of academic celebrity – a condition pilloried in turn by writers like David Lodge and Malcolm Bradbury (my favourite of this genre is his Mensonge). English-language philosophy has its own author-effects, no doubt, they are just very different – not least, this is a style of writing that is systematically self-effacing in certain ways (all those initials: how to tell that A.J. was Freddie and G.E.M. was Elizabeth?).

In fundamental respects, it seems to me, these two styles of writing are distinguished not least by their different relationships to space, dare I say – the problem with the ‘geographical’ framing of Continental versus Anglo/Analytical, apart from anything else, is that it suggests two fixed locations – but ‘continental’ philosophy, as Theory, is shaped by always being in movement, in translation, across language and discipline; a writer like Parfit, whose new book has actually been circulating in draft for some years (that’s why there is already an edited collection out about it, and critical commentaries in the newly published two volumes) writes into what would appear to be much more of a known than an imagined community, one where the personae of the philosopher is no less important, just not in the same way as it is for the genre characterised by multiple biographies of Foucault and fanzines, apparently, for Judith Butler.

So, the ‘difficulty’ is no doubt mine; perhaps I should just get another hobby (or who knows, maybe Parfit’s new book is much easier, I haven’t seen it – though I have read a rather forbidding essay on ‘normativity’ which I think probably makes up a chapter of it, which didn’t make me confident that this would be the case). But perhaps too, the difficulty is an index of the degree to which one of these genres has succeeded in its own popularisation – is indeed internally defined by this movement towards a certain sort of general reader, of an overly qualified sort, like me – compared to the other one, the one which is supposed to be defined by the clarity of its argumentative style, but seems content to circulate amongst a world in which in-jokes about High Table at All Souls can be made to carry the full weight of serious philosophical demonstration (see G.A. Cohen’s otherwise wonderful account of the political value of conservatism for the left).

From Columbia University Press, The Power of Religion in the Public Sphere, with  contributions from Habermas, Judith Butler, Cornel West, and Charles Taylor. The audio of the symposium in 2009 from which the first of these derives is at The Immanent Frame site. Interesting for all sorts of reasons, including Habermas taking on the genealogy of the concept of ‘the political’. A related collection, Politics of Culture and the Spirit of Critique, has a set of dialogues with Butler, Fraser, Honneth, Kymlicka, Benhabib, and others. 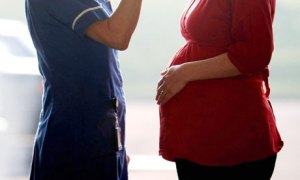 Becoming a parent is one of those occasions when one gets to see a lot of ‘the state’ – engaging with doctors, nurses, hospital administration; becoming a welfare recipient, through signing up for child benefit, or the now defunct child trust fund; visits from health visitors; registering a birth. Of all the professional people we have engaged with in this process, twice now, my heroes are the midwives. ‘We’ have had very different experiences of maternity care, first in Bristol, now in Swindon. In Bristol, with our first child in 2006, we were part of a progressive so-called ‘domino’ system of midwifery care, attached to a midwife-led maternity unit – this system is distinctive because the same midwives provide continuity of care through antenatal, intrapartum and postnatal stages. We were enrolled into this practice through one of our neighbours, at a summer street party actually, when she and one of her colleagues convinced us of the benefits of this approach, compared to the model in which community midwives provide antenatal and postnatal care, while different midwives are responsible for care while in hospital. The Bishopston midwife practice was, in fact, full of properly feminist midwives – Mary Stewart, our neighbour, was both a practicing midwife and a part-time PhD student at UWE at this time, and she is now an academic at Kings College London. I didn’t know this back then, but she is the editor of an important primer on feminist approaches to midwife care. I remember having a conversation with her, after the birth of our first child (she wasn’t actually the attending midwife at the birth), about her use of Judith Butler and qualitative methodologies in her PhD to understand midwives discourses about performing vaginal examinations during labour. The speed-reading I have done in this area, just by tracking Mary’s publications and where they lead, reveals an interesting and unexpectedly close relationship between high-falutin social theory – lots of Foucault in particular – and very practical concerns of how to enact, as they say, feminist principles of empowerment in contexts where midwives are mediating all sorts of imperatives, from surveillance of women, doing things to them, and sharing their experience and expertise with them.

One surprising thing about being part of this midwife practice was that we were quickly converted to the idea of having a home birth, which would previously have seemed like a bizarre thing to do. In the end, our first daughter wasn’t born at home, but the decision to start from a home birth as a first preference was an important aspect in ‘empowering’ and building confidence for my partner around the process of labour and giving birth. This second time round, in Swindon, things have been a little bit different. No domino system, and the Great Western Hospital in Swindon does not yet have a birth centre either (it opens later this year, and my partner couldn’t hold on). While not impossible to have a home birth, it was not in any way encouraged. Before Christmas, just as my partner started maternity leave, there was a rush of national news stories about funding cuts to midwife care and heightened risk to mothers in labour, and about ongoing controversies about the safety of home births. So we found ourselves in a context of renewed debates about medicalization of child-birth, and campaigns to protect maternity services in an age of ideologically-led austerity. But in the end, the birth of our second daughter involved two great midwives at the hospital, in and out in one day, and no sight of a doctor at all. And whereas we had planned to use a birth pool at home first time (I never even got to inflate it in the end), this second time ‘we’ did a have a water birth.

Two children in two different towns, both born in hospital but under different organizational arrangements. There is a large aspect of comparison to the practice of parenting – comparing one’s own conduct to peers and cohort groups, or to parents or sisters; and now, it turns out, comparing the second time to the first time. And then you remember there is something irreducibly singular about each birth, each child, each nappy. So I’m not going to generalize on the basis of our experience, not least because while in Bristol we got the ‘theory’ right, in Swindon we have had as nice, and in some respects even nicer, and as ‘empowering’ an experience despite being in a more classically ‘medicalized’ system. There is, of course, lots of serious social science about the geography of labour (though not really much in Geography), in at least two respects: the different arrangements available in different parts of the country; and at a different scale, but closely related to this, the differences between births planned at home, in midwifery units, or obstetric units. Our former neighbour Mary, since completing her PhD, has been working on a major Department of Health research programme, the Birthplace programme, looking at whether there are significant differences in outcomes for mothers depending on where births are planned. The results of the programme are due to be published later this year.