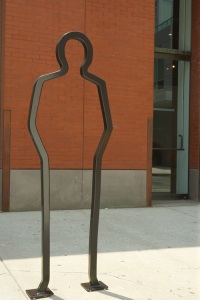 I accidently bought David Byrne’s concept album about Imelda Marcus just before Christmas, while out trying to buy gifts for other people. It’s called Here Lies Love, and is co-produced with Fatboy Slim. It’s full of suprisingly good dance songs, with guest lyrics by all sorts of mostly female singers, including favourites such as Kate Pierson and Róisín Murphy. I also read Byrne’s book about cycling and cities in the summer, while on holiday, which is kind of a blog-book, and was actually one of the things that sparked the idea of trying to write a blog myself.  Between them, these two ‘works’ have reminded me of just how much I like David Byrne as a ‘thinker’, and just how important his style of ‘thinking’ might have been in shaping, or confirming, some of my own intellectual inclinations. Talking Heads was the first pop music that I discovered as ‘my own’, in the sense that up to that point (about 1983) I was entirely dependent on listening to things already in the house (my mother’s Neil Diamond record, who I still harbour a soft spot for; my dad’s Johnny Cash album, ditto: David Bowie’s Changes, which both of my sisters’ had copies of, as surely did all sisters who were teenagers in the 1970s; I was less inclined to the Billy Joel, Rush, or Black Sabbath). One of my sisters did in fact send me Talking Heads’ 1983 album, Speaking in Tongues, but alongside albums by Oingo Boingo and X, and without quite knowing what she was doing I think. Talking Heads were my route away from mid-1980s rockism defined by Dire Straits, Pink Floyd, and Marillion, towards a ‘I wear black on the outside because black is how I feel on the inside’ world of the Jesus and Mary Chain, That Petrol Emotion, the Cocteau Twins, Pixies, and Throwing Muses.

Anyway, where was I? Talking Heads songs always had this great geographical sensibility, I think – they are about ordinary experiences of places, of living in cities, of travelling, of meeting new people, of being out of place. They are also about the absurdism of these ordinary experiences, of course. I haven’t really followed Byrne avidly since the end of Talking Heads, although the Bicycle Diaries is just one example of how this geographical imagination has continued to flourish in his work since then – it is part of a serious engagement with issues of contemporary urbanism he is involved in. I do sometimes tune in to his radio station – he posts a monthly play list on his  website, of more or less coherently themed songs – sometimes this contains things I am already familiar with, sometimes it opens up new musical avenues to explore, or not.

I’m not sure if pop songs are meant to count as intellectual influences – and I suppose Byrne is one of those people of whom it could be claimed that they are not really ‘pop’, since his work from Talking Heads and on has always been more or less ‘arty’. On the other hand, I remember once having a conversation with a cultural geographer interested in geography and music, who was quite disdainful of my response of ‘Talking Heads’ to his question about whether there was any popular music that was ‘geographical’ (this was a drunken conversation late at night at a party). On his understanding, ‘popular music’ really meant some sort of quasi-organic, placed-based more-or-less-folk music that evaded commercialization. Oh well. I still think that Byrne is ‘pop’, not least in having a sense of wonder for the potentials of commercialised public culture. But I’m not sure I either can or should seek to intellectualise about the sort of pop culture he produces, or why it matters to me.