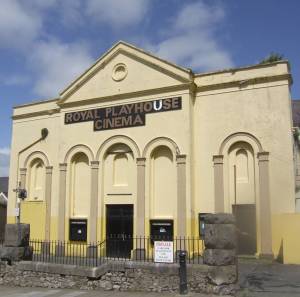 William Connolly’s response to Ruth Leys’ critique of affect theory is in the latest issue of Critical Inquiry, and Leys has a follow-up comment. Connolly’s response is rather weak – he basically re-asserts the outlines of his theory of neuro-mediated affective priming of subjects, including the half second delay story, and dodges the primary issue raised by Leys’ original critique – which is to do with the status ascribed to certain sorts of scientific claims, and the forms of reasoning about action and practice that these authority claims are typically used to support.

The evasion of this central issue is revealed not least in the stylistic tic that distinguishes Connolly’s theoretical exegesis – he tends to ‘join’ or ‘endorse’ the position of various theorists – James, Whitehead, Spinoza, the usual suspects – which of course he presents as basically in alignment with his own position. There is a kind of argumentative closure effected in this form of exposition – the views of these thinkers get amalgamated to the current orthodoxy on affect, and the authority of those affectively attuned ontologies get bolstered by this authoritative reference at the same time. (The same issue of Critical Inquiry also has an interesting looking critique of Badiou’s use of set theory as a foundation for ontology, which raises the same issues of external authority-claims in social theory).

There is also an interesting piece on Connolly’s theory of subjectification in the new issue of Theory and Event, more sympathetic on the face of it but also quite critical in terms of the reading of neuroscience (not to say the peculiar fixation on film theory). And a few weeks ago, Benedikt Korf pointed me in the direction of Roger Cooter’s interesting critical work on neuroethics, recommended by Felicity Callard, who is currently working at the Max Planck Institute for the History of Science in Berlin on projects related to ‘critical neuroscience’ and cultural constructions of the brain. This latter type of work takes a genealogical approach to developments in biosciences and neuroscience, rather than extending excessive credulity towards popularised versions of these fields in order to develop new, radical (political) ontologies. The History of Human Sciences had a special issue on these topics last year which is also in this genealogical vein, examining the ways scientific fields are ‘applied’ by providing causal accounts of human behaviour for various fields of practice and policy.

In geography, debates about these issues still seem to be at the level of differences over which theoretical approach is the best one to ‘endorse’. My colleague at the OU, Steve Pile, has had the temerity to endorse a slightly different approach to thinking about affect and emotions to the one currently most in favour in cultural geography (an ever expanding field with ever narrowing intellectual horizons), and to make a few fine distinctions along the way, and has provoked various more or less grumpy responses as a result. A feature of these debates in geography is a continuing hang-up about finding firm grounds for hoping that things could be different – hence the current fascination with various philosophical and scientific accounts of ‘plasticity’ and/or ‘creativity’.

The Leys/Connolly debate (such as it is, given that Connolly’s response is a study in evasion), is then indicative of a broader divide between two styles of cultural theory circulating at the moment – a genealogical style, and a style inclined towards the affirmation of ontological visions. And discussions of affect and neuro-stuff are just one area where this divide shows up these days.

6 thoughts on “Affect theory: the debate continues (sort of)”