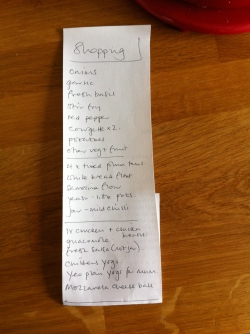 For anyone out there interested in issues of intentionality, rationality, and, yes, affect (remember that?), a must read is Linda Zerilli’s recent piece ‘The Turn to Affect and the Problem of Judgment’, in New Literary History (it is part of a collection of pieces on the relations between feminism and ordinary language philosophy, including other contributions by Alice Crary, Toril Moi and Sandra Laugier). Zerilli is one my very favourite thinkers, and I am looking forward to her forthcoming book A Democratic Theory of Judgment.

Zerilli’s locates the outbreak of affect theory in a longer tradition of seeking to avoid excessively intellectualist images of action, including Gilbert Ryle and a broad phenomenological tradition. The really significant contribution of her essay is, I think, to zoom-in on and clarify how the sort of critique of affect theory developed by Ruth Leys and others requires a clearer elaboration of the notion of intentionality. Her essay is also important for explicitly connecting this reconstruction of intentionality to the on-going debate sparked by the disagreement between Hubert Dreyfus and John McDowell about the interpretation of ‘nonconceptual’ and ‘conceptual’ dimensions of action. This is a much more interesting philosophical terrain upon which to engage in the issues at stake in considering questions of action, embodiment, intentionality, and rationality, compared to the rather enclosed worlds of what has become canonized as ‘Continental Philosophy’. There is an interesting subtext to that debate, which revolves around the ways in which spatial metaphors are mobilized by both sides, by Dreyfus with his talk of upper floors and lower floors, and in McDowell’s reconfiguration of ideas of inside and outside and extension and reach to reconfigure mind-body relations.

Zerilli develops a criticism of the ways in which affect theory holds fast to a strong separation of the conceptual and nonconceptual, thought and action, cognition and affect, which is most clearly evident in the recourse to layer-cake images of the priority of the latter over the former (I’ve argued here before that what is involved in the flight from the registers of subjectivity to assertions of the prepersonsal is a more or less acknowledged claim to monopolize a kind of 3rd person perspective on other people’s actions. It’s a move in which this style of theory displays it’s own defining lack of affect, one might say, that is, it’s lack of capacity to relate to a situation in a sensitive and appropriate way).

Zerilli grants that affect theory addresses important issues in both philosophy and politics, but points out that the particular framing of these issues in this field of work leaves in place some of the most significant problems of more traditional intellectualist ways of proceeding. Her own elaboration of the way in which intentionality depends upon feeling, rather than being ruined by it, is developed by reference to Cavell and Wittgenstein, along the lines of the account of reflective judgment that she has also discussed via Arendt before.