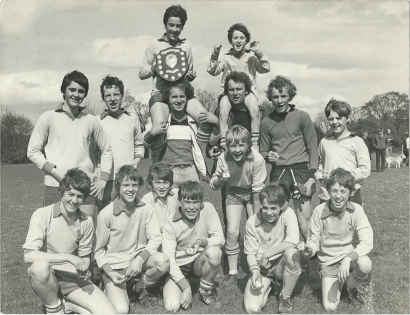 Simon Batterbury has added a comment on the short post about the ESRC’s International Benchmarking Review of Human Geography, which found that human geography in the UK ‘ranks first in the world’. I don’t get a lot of comments on this blog (I can’t imagine why, I find myself to be a very engaging blogger), so this is an opportunity that does not come along too often to keep a conversation going. Or to just have the final word, depending on how things develop. Here are some thoughts of mine on Simon’s thoughts – I have no specific desire to defend the claim of the Review, but it is interesting to think about how one might proceed to think ‘critically’, as they say, about this sort of exercise:

–       The first thing to say is that this isn’t actually UK geography’s own judgement of itself – it was the judgment of an international panel of scholars (some of whom seem to have quite well developed skills in analysing colonial remainders in contemporary life), undertaken at the behest of the ESRC.

–       Simon repeats the canard about British geography being all a bit too theoretical. That’s right, British geography departments are chock full of people writing complex exegeses of Marx and Spinoza. I suspect that if you looked closely, you’d find that even the most obvious targets of this sort of complaint turn out to be rather more practically oriented than is acknowledged (by adherents as well as doubters): take non-representational theory and/or affect theory, for example, the most self-consciously ‘theoretical’ field which almost everybody (including me) loves to get wound up by, but which seems to be able to inform plenty of interesting research on ‘applied’ topics such as health and well-being, educational attainment, or the design of built environments; even when it isn’t being all ‘relevant’ like that, this is a field that shares a broader disciplinary hang-up on methodology – if you want to know how to do something empirical with affect theory, then you read geographers writing about this range of work, not sociologists or literary theorists.

–       Simon’s suggestion that the ‘public sociology’ agenda needs to be extended to geography seems to get things the wrong way around – it is difficult to imagine another discipline that is not more invested in various fields of application than geography, including, as I have just suggested all that woolly ‘cultural geography’. Debates about public sociology seem to be a case of that particular discipline trying to catch up with other disciplines that have, as it were, always already sold-out.

–       I’m not entirely sure that environmental studies, development studies, political ecology, or planning are ‘fringe’ fields in human geography, in the UK or anywhere else – they seem to make up a large chunk of what has been taught and researched in any department I have ever been in as a student or lecturer.

–       I’m not sure why one would think of a department like Reading (where I worked in the 1990s) or the LSE as being anomalies for being a bit ‘applied’ – again, this is a fairly standard feature of geography departments all over the UK.

–       My last thought goes back to the precise ‘authorship’, shall we say, of this particular report – it’s one of a set of reviews of social science disciplines undertaken by the ESRC, the primary public funder of social science in the UK. These reviews need to be read, one might have thought, as strategic initiatives – they tend to identify weak areas in each discipline, marked for further support or enhanced training (not enough macroeconomics in economics, hilariously!); not enough quant in sociology, that sort of thing. They are moments in ongoing games over the disbursement of public monies, in which the institutional interests at stake are not exhausted by Universities or academic disciplines. They also tend to emphasise various strengths, and they are ‘co-productions’, between the ESRC and other research councils with disciplinary bodies, like the BSA or RGS – pumping-up strong areas is a way of making moves in competitive games for further government funding, amongst other things. Such evaluations also, no doubt, enable defenders of often fragile departments to make stronger cases for further support and investment in their programmes in their own institutions – that might well be where the real significance of ‘Human Geography is Number 1’ lies, whether or not that was intended. I suppose my point is just that ‘critical’ analysis of these sorts of exercises might well benefit from a bit more social science imagination, recognising how organised fields of institutional practice tend to work.

–       No other discipline subjected to one of these reviews has been found to be ‘No.1’ in the way human geography was. One can imagine how that might invite a view that this judgement is a kind of back-handed compliment that implicates a whole international field. On the other hand, it is interesting to pause and consider how valuable it might be that human geography isn’t self-evidently dominated by the scholarly infrastructures of the USA – not least, because it might tell us something about the peculiar strengths of human geography in North America and elsewhere too.

–       There is of course a well-established tradition of ex-patriot British geographers now located in the US bemoaning how British geography is not all it should or could be (I’m not counting Simon here, since I think one is allowed to rant in blog posts, and he’s not in the US I don’t think). I have in mind pieces more or less regularly published in proper grown-up academic journals. It is impossible to imagine a similar discourse emanating, say, from American sociology or American political science. There are complex reasons for this, no doubt, including biographical trajectories, but also to do with just how mainstream ‘critical’ approaches are to international human geography agendas. Or, to put it another way, UK human geography’s elevated international status is not straightforwardly a function of the qualities of UK human geography on its own, and I mean that in the best possible way.