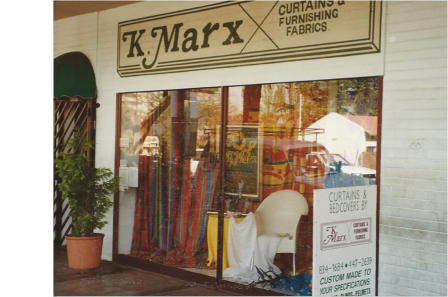 There has been a flurry of reviews of new books on the history of neoliberalism recently – including books by geographers Jamie Peck and Jason Hackworth, as well as Daniel Stedman Jones’ Masters of the Universe. One the peculiarities of much of the debate about neoliberalism that this publishing burst reminds me of is the persistent tendency to focus on neoliberal ideas, and then to conjure up more or less elaborate accounts of how ideas have ended up shaping the world. Concepts of hegemony, discourse, the ideational, materialisation, governmentality, and the like have to do an awful lot of heavy-lifting in these stories. Excavating the histories of neoliberalism and neoliberalisation continues, it seems, to be an occasion for the circulation of some very weak social theory (for example, governmentality has come to be used as a name for a very specific form of power, more or less synonymous with neoliberalism; this may or may not be how it emerges from Foucault’s writings, but seems much less interesting than using this notion as a kind of analytical frame for asking questions about how power is exercised, rather than presuming in advance that it will conform to one of three or four archetypes identified in scattered pieces by Foucault).

Meanwhile, via Foucault News, here is a discussion by Terry Flew of the range of meanings of ‘neoliberalism’ – he identifies 6 different senses in which the term is used in contemporary critical theory. And he also discusses the degree to which invocations of ‘Foucault’, in the wake of the translation of his late 1970s lectures on biopolitics and neoliberalism, really support any of the rather expansive meanings that circulate. Colin Gordon raises a similar warning in his response to the interesting discussion between Gary Becker and Francois Ewald: “It is of course always helpful to be clear what one means by a term such as neoliberalism, if indeed it is not being used simply as a floating signifier of evil, a new signifier of the inveterately evil nature of capitalism, catering to the moral comfort of those no longer sure of their faith in the historico-economic victory of capitalism’s foe. For many Left commentators, neoliberalism seems nowadays to primarily denote the combined phenomena of deregulation, privatisation and globalisation – often perceived as developments dating essentially from the 1980s. None of these themes happen to be central to Foucault’s discussion: even Foucault was not prescient enough to cater for all our later concerns, or to leave us a full genealogy of the decades since his death”. The emphasis of both Flew and Gordon, like that of Stephen Collier, is on using the term neoliberal in a much more specified way, understood as a much narrower phenomenon, and a much less determinant one in turn.

Anyway, the Gordon and Flew pieces have got me thinking that one day it would be fun to undertake a genealogy not of neoliberalism, but of ‘neoliberalism’: a genealogy of the ways in which left-thinking in various contexts and across various traditions has been shaped by this notion, and of the methodological, conceptual, and strategic closures that have been determined by the taken-for-granted force of this preconstructed entity.

4 thoughts on “Cutting neoliberalism down to size”