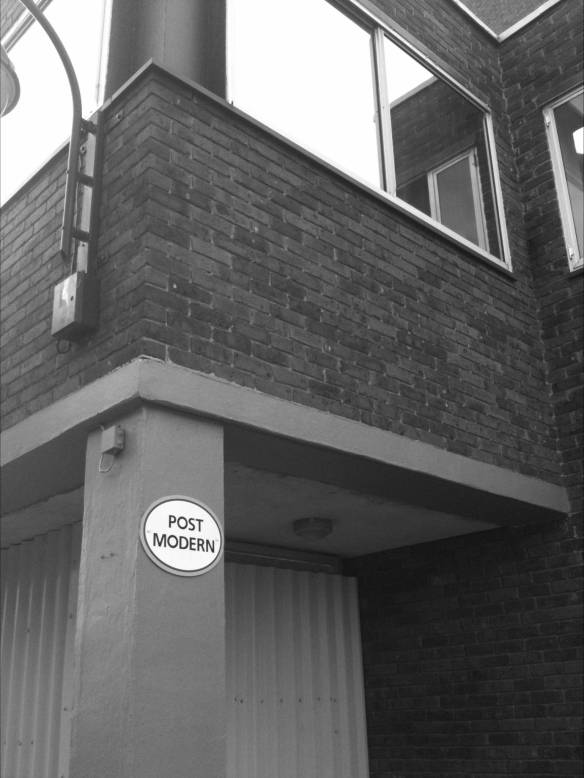 Two years into the Swindon stage of my life-long ethnography of the M4 corridor (eight years in Reading, eight in Bristol; where next?), and I’m growing fonder of the place. There is in fact, as my OU colleague Allan Cochrane reminded me before we moved here, a venerable tradition of urban studies research on Swindon – by Michael Harloe in the 1970s (a ‘town in transition’ then, an aspiring transition town now); subject of one of the ESRC Locality projects in the 1980s (Swindon really did have a proper ‘growth coalition’, once upon a time, apparently; and also an active Communist Party); and further work by Martin Boddy and others, who went so far as to suggest that Swindon might be the ‘city for the twenty-first century’. Not quite a ‘school’ like LA or Chicago’, not even the sustained history of case work that exists on places like Vancouver, or Columbus Ohio, or even Durban; in fact, Swindon is not even an ‘ordinary city’. It’s not a city. It’s a town. Very much so, a town.

It’s not a ‘post-political’ town, mind.

There is lots of politics here. And it’s not hidden, it’s quite open, and very much part of a vibrant little local public sphere.

One story rumbling through the local press (OK, the one local paper, the Swindon Advertiser, or ‘the Adver’) is about the plan for the Honda plant on the outskirts of town, one of the main employers and key to the economic success of the town over the last two decades, to build wind turbines on its site. This has aroused opposition from residents living close by to the plant. But the plan is supported both by the controlling Tory group on the Borough Council, and also by the opposition Labour group, on the grounds that it’s important to keep the Honda plant competitive (the Swindon plant lags behind other Honda plants on renewable energy targets, apparently).

None of this is necessarily is out of the ordinary (it fits with the image of local policy and political elites that emerges from those academic analyses of Swindon’s post-war development), it’s the sort of issue one can find all over the place (and it’s likely to become more common if and when proposed changes to planning regulations are introduced).

There is another story running alongside this one, which revolves around Honda’s relationships with UNITE, the union which represents some 1000 ‘associates’ at the plant. For some months, there has been noises about Honda seeking to de-recognise or minimize the influence of the Union at the plant.

The union story in particular has been very publicly sustained by reporting in the Adver, very sympathetic reporting one should say, that led in turn to a story with a slightly different inflection on BBC’s Points West yesterday.

As I say, none of this is terribly novel, although the juxtaposition of the wind turbines story and the union story is revealing of some of the ordinary political tensions that revolve around this kind of locally embedded link in a ‘global’ production system. I have been struck by the quality of the reporting on these sorts of issues in the local paper – which retains a much more obvious ‘civic’ orientation than I remember being the case with the equivalent daily papers in Bristol or Reading.

So, local politics, for local people only perhaps, but lots of it, and you don’t even have to look that hard to find it. No sign of the post-political, not here.

1 thought on “Local Politics I: Take This Town”