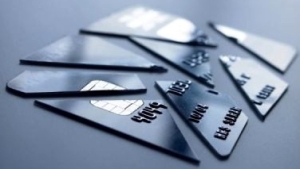 The downgrading of the USA’s credit rating last week, amidst more general financial chaos, has elicited a flurry of commentary on the authority of the credit rating agencies. Paul Krugman suggests that they deserve no standing – these are the people who systematically underestimated the risks involved in sub-prime mortgage lending, didn’t spot anything wrong with Enron, and so on.  It seems, also, that they might have got the maths wrong in their calculations about medium- and long-term US debt projections. On this view, the problem revealed by the downgrading is the unfettered power of the credit ratings agencies – there is plenty of discussion of what to do about them, echoing previous moments when this question of the accountability of rating agencies has arisen.

On the other hand, John Cassidy at The New Yorker suggests that the downgrade from AAA status by Standard and Poor’s should be seen as a public service – a kind of wake-up call to a dysfunctional political system about the need to address the relationship between US government spending, revenue raising, and debt. Layna Mosley provides an interpretation of how the S&P decision might be indicative of broader changes in the relations between financial markets and government policy making.

I have nothing profound to add to this debate – it’s not really my area, but it does throw light on the complex relationships between private actors and public action. There is a literature on this of course, some of which looks at the credit rating agencies. Timothy Sinclair has written a book about their operations, The New Masters of Capital, exploring ‘the politics of creditworthiness’. He has also written more recently about how the rating agencies become ‘objects of blame’ at moments of financial crisis. A standard line is to present these agencies as wholly unaccountable. In fact, they are embedded in the formal regulatory regimes of US and global financial markets – the big three of Moody’s, Standard and Poor’s, Fitch are formally ‘Nationally Recognized Statistical Rating Organizations’ – their ratings are central to the regulatory practices of all sorts of other public and private institutions. There is a history to this exemplary case of private authority in public governance, of course.

It’s easy to criticize the operations of the agencies over the last decade or so, and easy too to bemoan the apparent paradox of private organisations having such sway over the public actions of states and governments. But buried somewhere in these narratives are actually some interesting issues about the force and accountability of ‘reputation’ and mere ‘opinions’ in shaping global institutional frameworks of capital flow, risk-assessment, and investment – there is a specific range of registers of publicity through which these private agencies circulate their calculations, predictions and assessments.