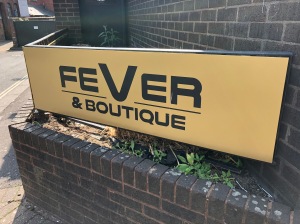 There is lots of discussion in higher education right now about the challenges, and risks, of transferring teaching programmes ‘online’ – as an emergency response to Covid-19 since March, and now increasingly in anticipation of the pandemic’s effects stretching well into Autumn and the start of the new academic year in the UK. Some universities in North America have already announced that there will be no return to campus for students in September. British universities have not yet done that, and have been somewhat hoist by their own petard, the government using their own claims about their ability to deliver education of excellent quality online to wash their hands of responsibility for ‘bailing out’ a higher education sector faced with catastrophic financial consequences. There are very good reasons to doubt that most British universities can possibly conjure up online provision in a couple of months – everyone knows this, it’s hardly a secret, but the senior management cohorts of those institutions cannot possibly admit this publicly. It must be a difficult situation to find oneself in.

The ‘online pivot’, as Martin Weller has dubbed it, presents all sorts of challenges to universities – technical ones, certainly, practical ones of training and competence, but also cultural ones, challenges to a whole series of engrained prejudices that universities, and academics, often hold about wherein the value of a university education resides. There is, to my mind at least, a surprisingly common genre of commentary in which academics, faced with the prospect of having to seriously consider how to design teaching and learning resources for online delivery because of likely campus closures or on-going social distancing measures, bemoan ‘distance learning’ as a lesser form, second-best, if not an explicit plot to undermine all that is most valuable about a proper university education. In the United States, although not just there, there is certainly a wider context in which online education is associated with predatory OPM providers facilitate the effective privatisation of significant aspects of higher education (see Matt Sparke talking about these issues very clearly here). What I find weird about this sort of commentary is the resilience of an utterly romanticised image of the face-to-face scene of instruction – the academic alongside the student, in ‘the classroom’, imparting learning but of course, also, learning just as much from the student(s) (‘the classroom’ is a staple figure of theoretically-inclined humanities-based critical analysis in particular, a strangely infantilised image through which academics express their commitment to the value of teaching). The same romanticism is evident, in the background, even in otherwise principled objections to bone-headed initiatives of certain British universities to rush to embrace poorly thought-out initiatives for ‘online’ provision.

I’m thinking about these things because I find myself drawn into the efforts of colleagues at my own institution to address the uncertainties that the start of the new academic year present us all. I’m now trying to remember things I learnt while working at the Open University, having spent the seven years since coming back to work in a ‘real’ university re-learning lots of bad teaching habits – because that’s what teaching in ‘research intensive’ Russell Group institutions does to you. As I get to grips with my own small part in the ‘pivot’ required of me and my colleagues in the next few months, I have come to notice the different sorts of work that a certain sort of chauvinism about university teaching, expressed in the disdain or disparagement or suspicion of distance education, does in shaping how the challenges (and indeed, the ‘opportunities’) of online or ‘digitally enhanced’ education are framed at institutional level. My sister, living through a different kind of pandemic experience in red state Georgia, sent me a news story about students suing Emory for the poor quality of the online provision they have received one their campus was closed. There is, of course, a real issue at stake here (the issue at stake in the context of an immediate emergency is, however, somewhat different from the issue facing institutions going forward, which largely turns on the degree to which universities are able to be open and honest with students about what is possible and what can be realistically expected by them). The story contains a passing, knowing reference to the University of Phoenix, inadvertently revealing the class-based chauvinism that easily attaches itself to discussions of distance education, one seen in other contexts in representations, say, of UNISA in South Africa or the OU in the UK.

Now, of course one response to all this is just to say that lots of people who work in higher education turn out not to know very much about how those sorts of institutions actually work, and not very much about just how good, how much better, the teaching and learning provided by them often actually is. But that’s a kind of ignorance that might be forgivable. What’s most interesting, of course, is that it covers over another kind of ignorance, a structured lack of self-reflection, on how teaching and learning actually works in real universities (Spoiler: It’s not as good as everyone claims; but not for the reasons other people think).

There are lots of risks facing universities in the UK as they address the challenges of the ‘online pivot’, although quite a lot of those could be mitigated by being open and honest; by not over-selling; by not presuming that this is all an opportunity. Colleagues in my own department have come up with a simple principle that is now directing our approach to designing our programmes for the Autumn – we are seeking to develop programmes for teaching students that help them to learn with us in extraordinary times (I’m not entirely convinced that the University is going to adopt that principle, but then again, we’re the ones who have to actually engage with the students, as real people). This issue of honesty – about what can be offered in these changed circumstances, but also about how things normally work – is important because it goes to the heart of how universities calculate their strategies in relation to the ‘risks’ associated with the ‘online pivot’. In the UK, at least, the ‘risk’ of students taking legal action on the grounds that online provision doesn’t match up with the contract into which they have entered with a university generates risks of its own: the risk of severely constraining the imagination that universities find themselves able to bring to the task of thinking about what they can and should offer to students in the forthcoming academic year, and of how to go about doing so. If you spend years over-selling the value of ‘Face-to-Face with Boffins’, as one of my ex-colleagues neatly summarises the recruitment pitch of research-intensive universities in the UK, then it becomes really difficult to convince people (students AND academics) that there are other ways of teaching and learning that do not depend on the presence of the (rising-)star academic; other ways that are, well, just better than much of the experience provided by real universities – other ways of teaching and learning that still involve all sorts of interactions with real people, although those people will be inhabiting different personae from the ones most commonly associated with research-led university teaching. I worked for a decade at the OU without meeting many students, but I know for a fact that in all that time (and since), OU students enrolled on courses I was involved with received a consistently higher quality of personalised education than students at Russell Group universities, with their vastly increased class sizes, inflated ‘contact hours’, and highly variable experience of staff engagement, can reliably expect to receive at the best of times. 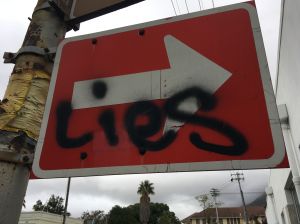 And yet, we seem stuck with all those chauvinisms about distance education, still, that slip out when disappointed students express their dissatisfactions with emergency measures, and when some academics fall back on self-flattering visions of ‘the classroom’. But the same chauvinisms might perhaps also account for a certain sort of eager embrace of the technological wonders of ‘digital enhancement’ – it’s at work also in the vision of the online pivot as an opportunity to transpose current conceits about a research-led education, centred on the image of the presence and aura and charisma of the research-frontier-breaking academic, into new mediums (why does everyone think ‘online’ means ‘video’ + live chatting’?). The more things change, the more they stay the same.

The real scandal about ‘distance education’, what lies at the heart of the chauvinisms I’ve mentioned above, and also the reason why it’s important to use that term, and not ‘online’ or ‘remote’ or ‘e-learning’, is that as an established pedagogical tradition that stands for properly designed educational programmes. It depends on a kind of professional modesty, a horizontal distribution of expertise, one that is very difficult to replicate overnight at research-intensive institutions, certainly in the professional cultures that have been actively cultivated in the last two decades or so in the UK. It involves forms of collaboration that impinge upon indefensible models of intellectual autonomy and creativity that are central to the teaching cultures into which many academics are enrolled very early on, not least in traditions of self-avowedly ‘critical pedagogy’. (The primary medium of this sort of teaching is writing, not the voice of the academic: ‘online’ education, distance education, is like movies – it’s all in the writing). All of which means that the challenges of the ‘online pivot’ aren’t really to do with learning about new digital widgets (‘Fucking. Online. Quizzes’, as another ex-colleague always used to exclaim in exasperation). It’s about learning ways of correcting ones colleagues, but especially learning how to be corrected, and of letting go of the idea that one’s teaching belongs to you, that it’s yours. The real challenge is therefore one of developing, quickly, new systems of management, new cultures of management, at programme level (the level at which students ‘experience’ their university education, remember). I’ve not yet seen anything that acknowledges the difficulty of that challenge.

All of which makes me realise that what is most difficult about the task of thinking about developing new forms of teaching practice over the next few months – forms of emergency distance education (that won’t catch on as a tagline, will it) – is the fact that it’s not possible to regularly meet up, in person, face-to-face, in the same room, with one’s colleagues.