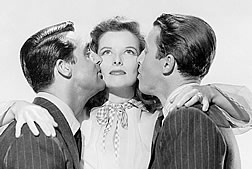 The American philosopher Stanley Cavell has just published his autobiography, Little Did I Know (Stanford University Press). I haven’t read it yet, it is just out, but I certainly will. I have been trying, and probably failing, to think in a ‘Cavellian’ way for a while, which mainly ends up meaning that I just use the word ‘ordinary’ a lot and in a knowing kind of way. Cavell’s distinction between knowing and acknowledging seems to me to be the basis for a profound re-thinking of  the epistemology of criticism in a more modest direction. ‘Critical’ styles of thinking often suffer from what Pierre Bourdieu called, after Cavell’s mentor and philosophical hero J.L. Austin, ‘scholasticism’. Cavell helped me to see how certain styles of critical thinking are chronically scholastic, in the sense that they tend to assume that relations of knowledge are constitutive of all human associations – and that therefore knowing how things really are, how they really work, is always a politically charged tool of de-bunking, de-mystifying, de-stabilising.  I have a fantasy book project which would reconstruct critical social theory in a Cavellian register, but that might never see the light of day.

Cavell is notoriously difficult to read (I think reading Cavell might be a bit like what it must be like to read Derrida in French), but he is also a bit of a populist – most obviously in his taste in films, which he has written a great deal about, and which he uses to make philosophical arguments –  Cavell’s favourites are 1930s and 1940s Hollywood romantic comedies, films like Bringing Up Baby and The Philadelphia Story. Cavell has an interesting take on the ontology of film, and the screen more generally, though it quite distinct from the sort of ontological account one might find in Deleuze (a film-maker’s film theorist) or Bernard Stiegler – Cavell’s media ontology sets off from the puzzle that we manage to recognise ourselves in the narratives of different genres.

So, I am looking forward to reading his autobiography –  not least, because I increasingly find myself drawn to books which are about theory or philosophy, rather than books of theory or philosophy. This is probably age, and lack of time; but I also think there is something important about the way in which current styles of theory and philosophy  often attach themselves in important ways to Proper Names, exemplary lives, places, or events – Cavell I suspect will have interesting things to say about the relationships between thought and life for those of us who have led very ordinary lives indeed.